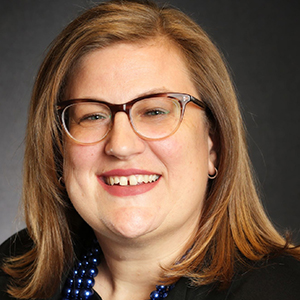 Melissa Heeke joined RGI in 2019 and serves as Membership Director. She is a Certified Association Executive (CAE) and holds a bachelor’s degree in Speech Communications from Indiana State University and a master’s degree in Leadership Development from St. Mary-of-the-Woods College.

As an association management professional with 20 years of experience, Melissa brings an array of knowledge in volunteer management, leadership development, initiating and expanding member engagement programs, and membership growth. Her past roles include serving as the Director of Communications and Marketing for the National Chimney Sweep Guild and Chimney Safety Institute of America and as Director of Membership and Communications for the Midwest Political Science Association.

Melissa believes there is truth in the quote often-attributed to Margaret Mead: “Never doubt that a small group of thoughtful, committed citizens can change the world. Indeed, it’s the only thing that ever has.” Association management allows her to apply her talents and experience to support those who themselves are improving industries and professions to further support society.

In her free time, Melissa regularly hosts book-themed gatherings as a Little Free Library steward. She has a dog named Ruby, short for Rhubarb, which was chosen at random from a cookbook. Melissa and her spouse recently fulfilled a dream of visiting Stonehenge for the summer solstice celebrations and they hope to visit during the winter solstice sometime soon.